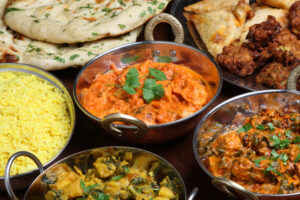 In the Indian culture, it is believed that the word ‘Pahadi’ is referred to the people who originated from area around the Himalayan mountains, which comes in North India. The people who live under the mountain are called “pahadi”.Not only are they famous for their cooking around the world but are also known for their honesty, loyalty, determination and kindness. The people from the area are famous for having their food being naturally delicious because of the fresh herbs and spices that are grown under the mountains. They are always of highest quality, giving the best aroma and flavour. The water that comes from the Himalayas, have 100% pure minerals because the flowers,trees and natural plants that are grown under the mountain areas,pass on their natural fragrance, through their roots and to the Ganges River, allowing the water to have the natural fragrance and filtered minerals. ‘Pahadi’ people believe that it’s better to use their own handmade spices, as it enriches the quality of their food. 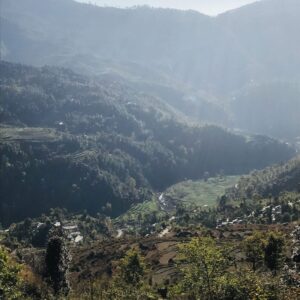 Chef Ved is also ‘Pahadi’ because he was born in the mountain area, which is a 6-8 hour drive from New Delhi. As observed by his mother, at the age of 4-5, he started getting used to kitchen utensils and had started watching the way his mother added different spices to their meals. His interest grew more as he started trying different sorts of spices and sauces. As he grew older, he gained an apprenticeship from 5 star hotels across North India.Later, he was invited from many hotels in China to promote his Indian food and was offered to work as a head chef, leading a staff of 30. Apart from cooking, he had been able to explore other countries in Asia, including Malaysia, Nepal, Hong Kong. A day came when he met his friends from Auckland, who urged him to come to NZ,as he had the cooking skills to help him get a job. Then, he gained a work visa and started his working journey again from 2005 in the most popular Indian Restaurants in all of New Zealand Finally, around 2015, he was finally settled in New Zealand with his family and this became his own, local area. After years of hard work, he was determined to open his own restaurant in his own local area. 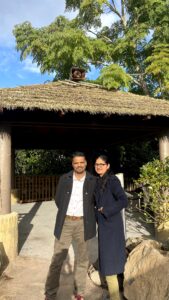 With the help of his wife, Santoshi Anthwal he was able to get support and encouragement, in order to pursue his goals. Eventually, by working together, they were able to turn his dream into a reality on the 8th of November, 2016 and now his vision is to provide the best quality of food, dining and home delivery experience to all customers, by using his own fresh herbs and spices, and blending it in to encapsulate the uniqueness of India. He didn’t wish to appoint any other chef, as he wanted his customers to taste a treat of authentic Indian flavour that he could offer.